Mojo Bravo is pleased to present Vikki Stone, multi-talented comedian, actress, singer and musician and winner of The Soho Theatre One Night Stand Up Award, who will be headlining our comedy night on Saturday 30th August as part of the Stockport Old Town Fringe Festival. 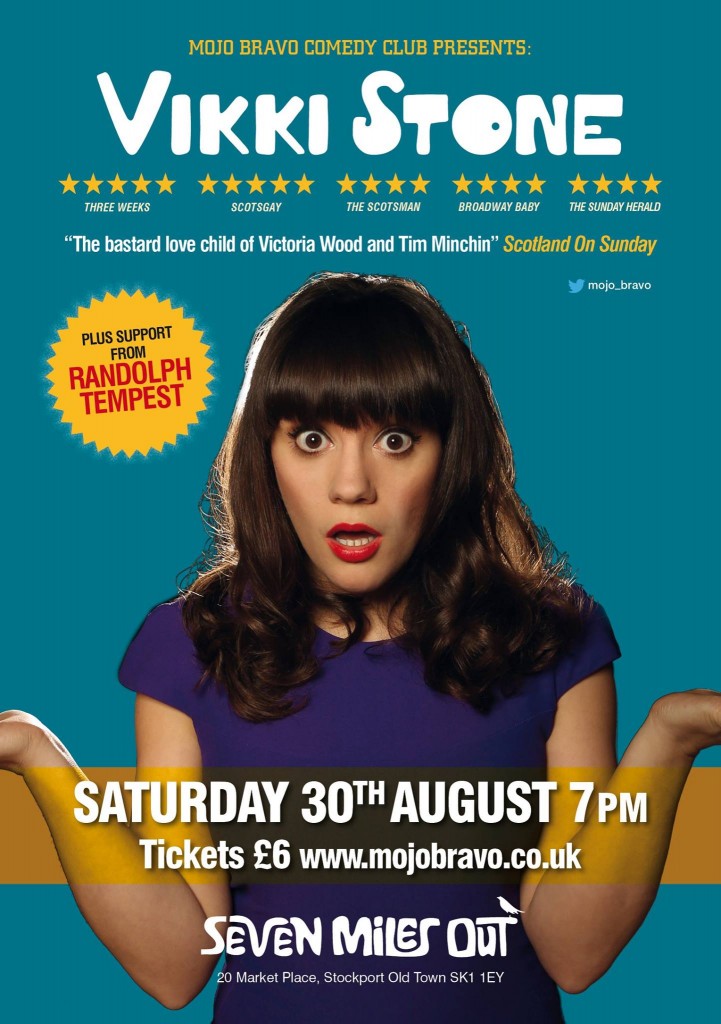 Her unique mix of stand up and musical comedy has made her one of the fastest rising stars of British comedy. She performs regularly across the country at major clubs, festivals and theatres as well as appearing regularly on television.

Her Phillip Schofield Song became an internet hit and was listed in The Huffington Post as The Top Ten Viral Videos in 2012:

We’re also delighted to announce that the master thespian himself, Randolph Tempest, will be also be appearing at this show. What Randolph Tempest doesn’t know about acting isn’t worth knowing, and what he does know cannot be described using mere words alone. I assure you, this will be a real treat. Here’s a taster: