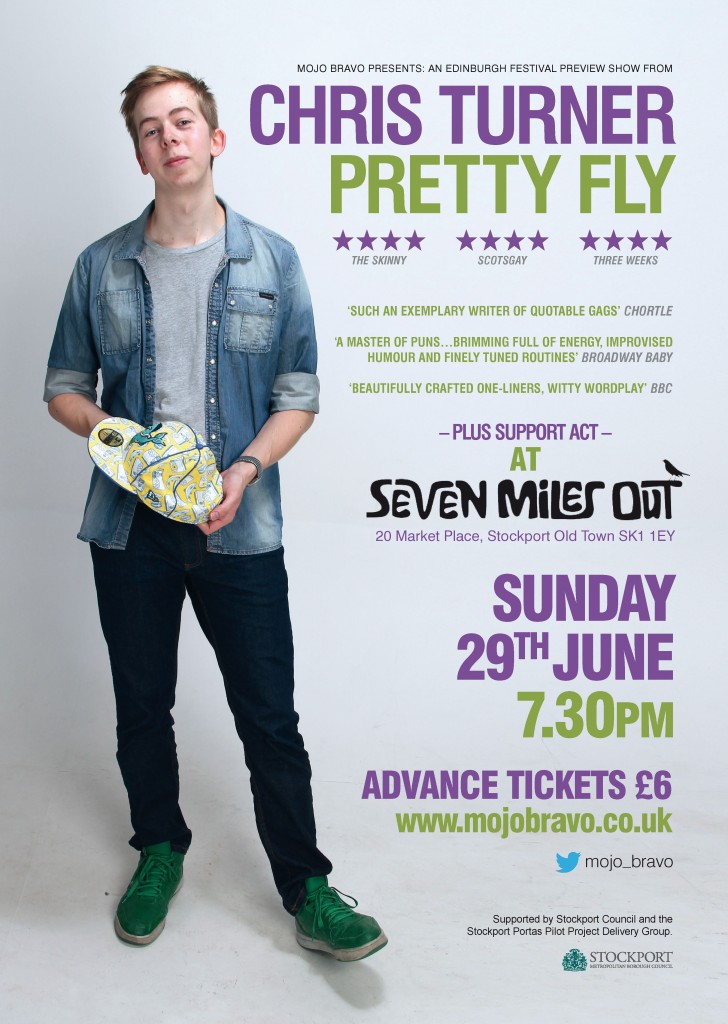 After an awesome first Mojo Bravo night at Seven Miles Out with Lost Voice Guy and the Two Old Codgers, the fun continues on Sunday 29th of June when we’ll be hosting a preview of Chris Turner’s show, ‘Pretty Fly’:

‘Such an exemplary writer of quotable gags’ (Chortle.co.uk).

‘The king of funny one-liners’ (TimeOutMumbai.net).

‘A master of puns… brimming full of energy, improvised humour and finely tuned routines…quick witted, without cynicism, and hilarious’ **** (BroadwayBaby.com)

We’re delighted to welcome Chris back to Stockport after he appeared at one of ‘A Laugh In Stockport’s’ new act nights early in his comedy career. He’s since gone on to much greater things, including an appearance in the final of the BBC New Comedy Awards. For a taste of what Chris does check out this video:

Sadly, Peter Marshall & The Lomos are now unable to perform on this date, so instead we’ll be treated to an appearance by the fabulous Ruth Cockburn, who will also be heading up to the Fringe this year with her solo show.

Entry is £6. Advance tickets available in person from the venue, or via We Got Tickets:

Find out more about the venue:
http://sevenmilesoutarts.co.uk/